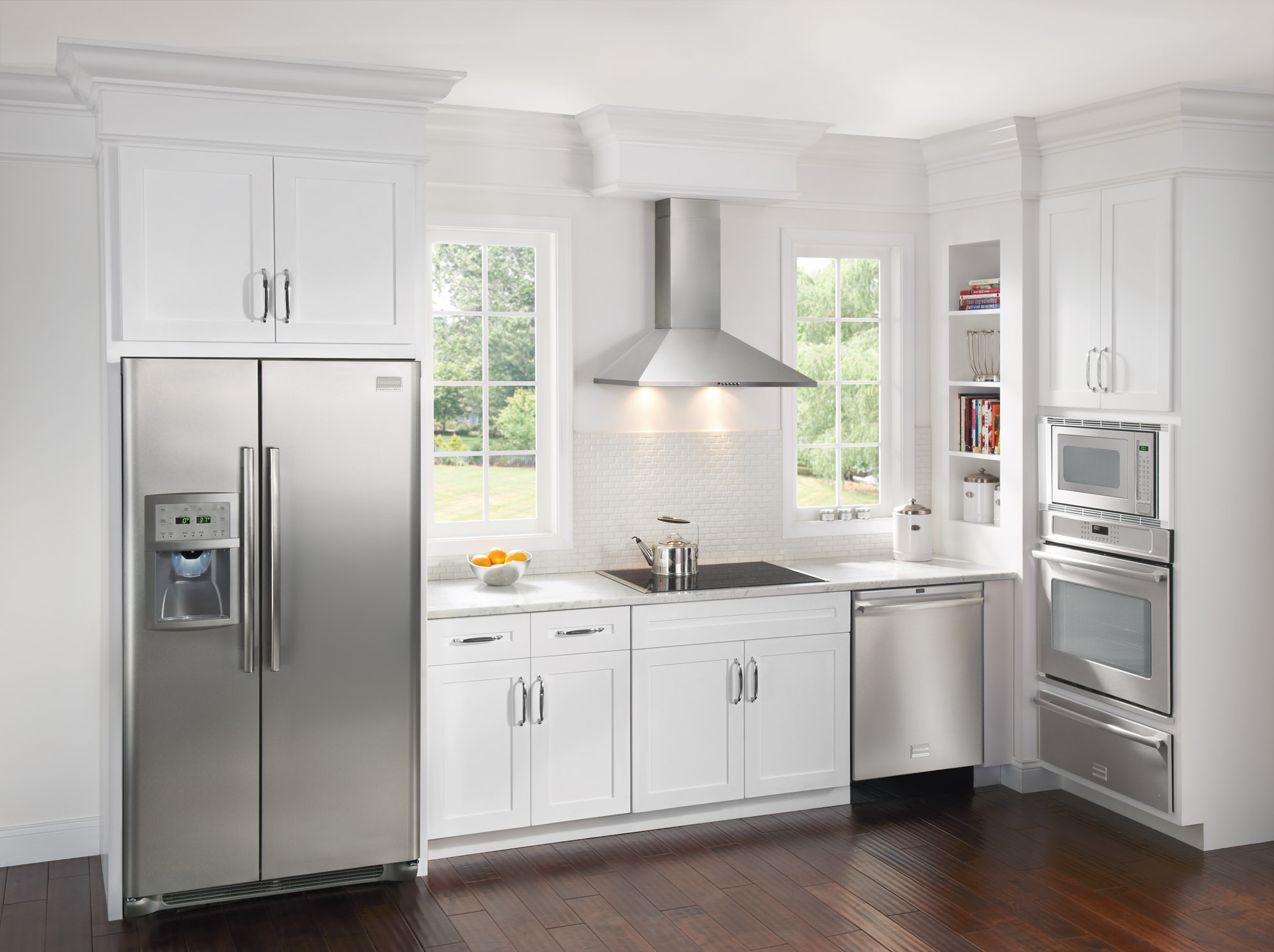 Did you know that a Frigidaire kitchen runs on just 36 cents per day? It sounds unbelievable, but it’s true. Their ultra-efficient appliances will save you money on your energy costs. The best part is that they qualify for high energy ratings without sacrificing performance. Plus, you’re helping the environment as well.

The Frigidaire Professional® refrigerator achieves the highest energy rating possible in its category by the CEE. It runs on a mere 15 cents per day, just $56.50 per year! It uses less energy than a 60 watt incandescent light bulb. You can save as much as $300 per year when you replace your old refrigerator with this energy-efficient model.

The Frigidaire Professional® dishwasher also achieves the highest energy rating possible in its category by the CEE. It uses only 3.68 gallons per cycle, so it costs just 15 cents per load and $31 per year to run on average. You can save as much as $465 by using this dishwasher instead of washing your dishes by hand over the dishwasher’s lifetime.